When a growing Suffolk school found itself short of rooms and facilities because of rising pupil numbers, SMART Garden Rooms, Offices & Studios, the UK’s leading manufacturers of quality outside buildings, was one of a number of organisations which came to their aid.

Sir Robert Hitcham Primary School in Framlingham had been forced to convert its existing music room into a classroom and the extra pupils meant that the existing toilet block was no longer suitable for use.

Through the fundraising efforts of the Geewizz Charity, a sum of £48,000 was successfully raised to finance both projects, including funds raised by the auction of one of Ed Sheeran’s guitars.

SMART’s contribution was a direct donation of one of their state-of-the-art buildings, worth £8000, which is now the School’s new Music Pod. 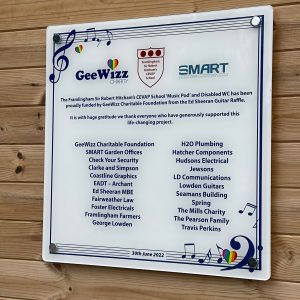 Matt said: “Although we are a company with a national reach, we will always be guided by our values which are rooted in being based in Suffolk.

“So when we heard the call for help for much-needed additional space at the School from Gina Long from Geewizz, we swung into action and donated both the building to house the Music Pod and ensured that it was installed to the highest level required.”

Helen Picton, head teacher at Sir Robert Hitcham said: “From the tiny seed of an idea, born of the need to allow more space for children to become absorbed in all music is able to offer them and against the backdrop of recovering from the trauma of a pandemic, an incredible group of people found a solution and made it happen.

“SMART Garden Rooms, Offices & Studios did not hesitate when approached by the Geewizz Charity on our behalf -who themselves were instrumental in the huge fundraising efforts supported by Ed Sheeran’s guitar donation and local doners- and gifted an incredible state of the art building where children could begin the process of healing through the power of music.

“At the celebration event, we have heard from the children. Their passionate singing and playing is the only true thanks any adult needs. These ‘little ones’ are the future and SMART, with their wonderful team, have given us the space for inspiration to flourish in an exciting and truly remarkable way, where new memories can be made and experiences shared.”

Paul Sheppard added: “The costs and additional time taken for the school to put in a planning application for a permanent extension or new building would have been prohibitive. I’m delighted to say that our solution was both timely and the perfect solution for them.

Hearing the School’s pupils playing instruments and singing was very moving. Here at SMART we’re delighted that we’ve been able to make such a positive difference to school life. This was truly ‘music to our ears’”. 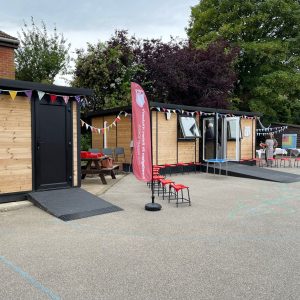 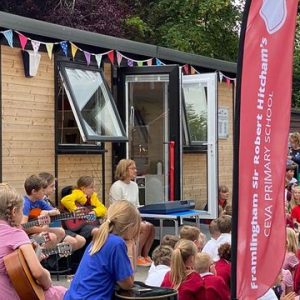 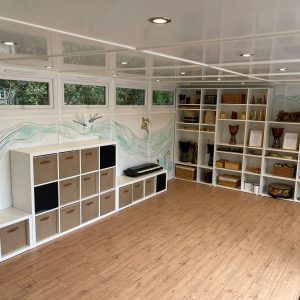