In the UK, it is a tradition to enjoy a nice cup of tea, whether that be in our home garden office on a summer’s day, in a local café, or at work.

The act of drinking tea originally dates to the third millennium BC in China and surprisingly, it was not until the mid-17th century that the East India Company first brought tea to Britain.

Back then it was an expensive product and one only for the rich, often kept under lock and key. Catherine of Braganza, wife of Charles II introduced the ritual of drinking teas to the English Royal Court and the habit was soon adopted by the aristocracy. 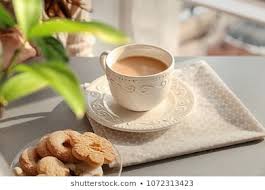 Since the eighteenth century, Britain has become one of the world’s greatest tea consumers and because the British East India Company had a monopoly over the tea industry in England, tea became more popular than coffee, chocolate, and alcohol. Tea was seen as inherently British and tea-drinking was encouraged by the British  government because of the revenue gained from the tea taxes.

Tea drinking is still as popular today as it ever was and is now celebrated with a National Tea day and an International Tea Day.

National Tea Day takes place each year on 21st April and provides the opportunity for the next generation of tea drinkers to discover the amazing breadth of choice and variety the world of tea has to offer, it is the official day in the UK to celebrate our love of tea. 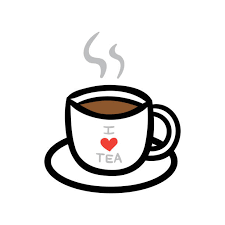 As a nation, us Brits love a good tradition and we’ve developed a fair few over the years. Here’s a few of the more popular ones:

It is fair to say that SMART Garden Rooms, Offices & Studios has become a great Suffolk tradition, situated just outside the market town of Bury St Edmunds in the heart of the beautiful Suffolk countryside. We can help when it comes to your garden office installation and choosing the right office for you in Suffolk, Norfolk, Kent, London and across the rest of the UK.

SMART has developed and grown over the past 18 years into one of the UK’s leading manufacturer of garden rooms, offices and studios, installing 1,000’s of garden rooms all over Mainland UK. A committed British manufacturer combining traditional craftsmanship alongside the very latest CAD/CAM technology. 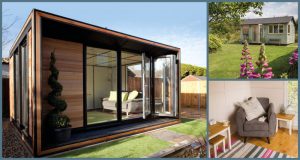 So, if you are looking for a quiet haven to drink your quintessentially British cup of tea from, or looking for a space to work in, away from distractions and an awful daily commute, or even a place to carry out your arts and crafts, then give the SMART team a call today.

No matter what your need for a garden room is, SMART can supply your perfect space, so get in touch with the team today.